Was Someone Mean to You Today?

Was Someone Mean to You Today? 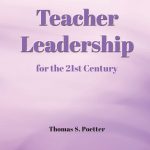 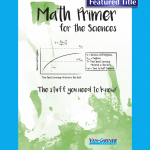 Math Primer For The Sciences

The Impact of Standardization, Corporatization, and High Stakes Testing on Students, Teachers, Communities, Schools, and Democracy

Introductory remarks by author Tom Poetter: In 2015, the opt-out movement flourished around the country, especially in Ohio. Perhaps this is the best way for parents and students to stem the tide of the testing regimes sweeping the nation, beginning in Texas with Perot’s Texas Assessment of Academic Skills (TAAS) and then spreading like wildfire, burning the textures and contours of student interest and teacher control in public schools all across the country (Poetter, 2001, 2006). Of course, the standardization movement was reified with NCLB, with testing mandates imposed by that law. The tests reversed what I would call a critical commitment by professional educators through-out the 20th and early 21st century: that is to view teaching and teachers as the final arbiters of the curriculum (Eisner, 1979), and to design school programs, at least in part, with the means to learning as primary, as opposed to having to script the ends of every activity, every bit of content, every unit, every course, and measuring the attending objectives in a quantitative way ahead of educational experiences in order to prove whether or not something was learned or that it had any value.

We began to privilege the notions that “what matters gets tested,” and “what gets tested gets taught.” This is backwards, at best, since great teaching and curriculum sometimes start with an experience, an interest, a curiosity. Sometimes great classrooms are exploratory, based on students and what they need, not always exacted by outside influences. But this progressive norm, not present everywhere but at least part of the fabric of many great classrooms and schools, has been disappearing. In fact, it is practically extinct.

When we standardize children, standardize their teachers, standardize the curriculum, and standardize their schools, we get what we pay for: a very, very impersonal and ineffective system of public education, ripe for takeover. And so corporate power has seeped into and sometimes blitzkrieged schools. There are so many fronts being lost. Materials and tests cost taxpayers billions, and corporations flourish as a result of the one size fits all standards and tests. The high stakes nature of NCLB made schools run for cover, to try and reach test score goals, and the government funded remedial clinics to “help” students, as well as vouchers and for profit charter schools when the public schools “failed.” Billions upon billions of dollars have been dumped into the private sector as we have over-regulated schools, making way for deregulation. In a cruel twist, corporations gain everything from over-regulation and everything from de-regulation practices in public education. And the losers are everyone in sight, except those with gold-lined pockets.

This work tries to get to the bottom of this situation from an autobiographical perspective. Perhaps you can see yourself here, as well as a new path forward. Maybe you can position yourself inside the democratic conversation, and help us all claim new ground. The product of a summer course in Miami University’s doctoral program in Leadership, Culture and Curriculum, this book explores ways in which the current reform effort has hit home, touched us personally, and called us to action to reverse it. We can do better.